Veronica Keneally’s story is a rich case study in the value of persistence.

She has developed a successful healthy snacks business by persistently finding solutions to the various obstacles and roadblocks that have emerged in her way.

In this entertaining and inspiring talk, you’ll hear:

As Veronica says, no matter what happens we just have to keep rocking!

The Veronica’s Snacks products can be found in most major retailers in Ireland and the UK.

* The message about “It can’t be done” that Veronica refers to in the talk is captured here. 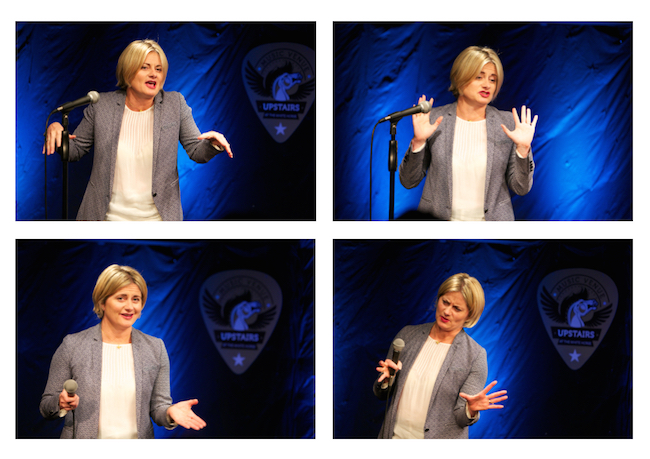 This talk was recorded at a Smarter Egg event at Upstairs at the White Horse, Ballincollig, Ireland in May 2015. The video footage was filmed and edited by AV3 Productions.

If you would like to get on our exclusive events list, getting first notice of forthcoming events along with more behind-the-scenes goodies, just sign up here.